You are here: Home / Our Staff / Veterinarians Michael is a Senior Small Animal Partner in the practice. He graduated from Sydney University in 1987 and after five years in country practice, started the Bateman’s Bay Veterinary Hospital. After five years of very successful practice, was recruited as the Director of Canberra Vet Hospital that he managed for 17 years and joined the Manuka team in 2012. Michael is an internationally qualified acupuncturist having been awarded an IVAS Diploma and has undertaken post-graduate training in dermatology and animal behaviour. He is a sought after lecturer internationally, having lectured in Japan and the US on the human-animal bond. He has also had a very successful book published “Animal Wisdom” on the subject. He is married to Jodie, and has three sons and a Labrador named Taylor. How he combines family life, football refereeing, a single digit golf handicap, commitments in his local church, a television, radio and print career and veterinary practice remains one of the great secrets.

You can catch Michael on the Nine Network, every second Saturday on ABC radio, or in a regular column in a ‘Dog’s Life’ magazine. 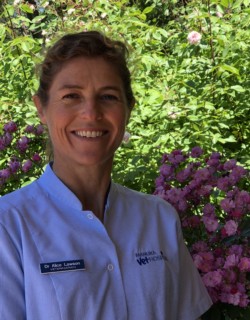 A University of Sydney graduate, Alice has lived and worked in the UK and China as well as Tasmania, Victoria, NSW and now the ACT. After spending some years in mixed animal practice, she has now focused on small animals; she enjoys working with animals that are truly part of the family. Since graduation, she has undertaken further study in internal medicine, clinical pathology and surgery.

When away from work, Alice is busy raising her four school-aged kids and looking after the family’s small property. This gives her the opportunity to still be in touch with rural life including horse riding and breeding. Alice’s day starts with jogging her 3 Dogs – Edith, Raphi and Austin and finishes with her pulling them all out of the kids’ beds where they are invariably found hiding under the doonas. 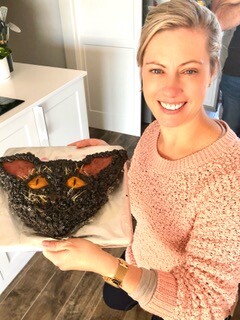 Amanda-Lee graduated with honours at Charles Sturt University. Her passion is to help foster the human/animal relationship so that the owner and their four-legged family members nurture a special and unique bond throughout the stages of the patients’ life. She is an advocate for preventative health and also enjoys managing the animals in their senior years through geriatric medicine. Amanda-Lee is currently completing her Masters in Veterinary Medicine, is the current Vice President of the ACT Veterinary Board is the current Australian Veterinary Association ACT policy council member and committee member. Outside of work Amanda-Lee is also a Fitness Instructor! She lives with her beloved pet pig, Charlie; her two goats, Garry and Gavin; and her newest addition, Creature – a black Devon Rex. 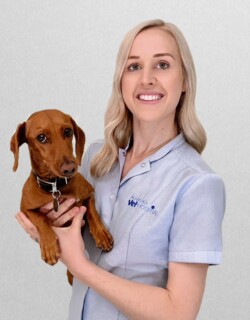 Victoria graduated from the University of Sydney with first class honours in 2014. Since graduation Victoria has worked in mixed animal practice in northern NSW, small animal practice in Sydney and completed a rotating internship at the Small Animal Specialist Hospital (SASH) in Sydney.

Victoria and her husband Sean moved to Canberra in late 2018 and Victoria joined the Manuka Vet team. Victoria enjoys all aspects of being a general practice vet with a special interest in internal medicine and oncology. She enjoys building relationships with her patients and their owners.

Outside of work Victoria enjoys hiking, photography and spending time with friends and family. She is the proud owner of two ‘long dogs’ – Archie the Dachshund and Conrad the Pembroke Welsh Corgi. 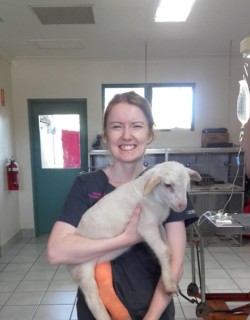 Laura graduated from University College Dublin in 2009 and worked in her home country of Northern Ireland for 3 years before deciding to work and travel for a year or two. 7 years later, she is now an Australian citizen and thoroughly enjoying life in the southern hemisphere! After nearly 2 years in Newcastle, Laura moved north to Townsville due to her partners job, and after 3 years in the tropics, they have relocated to Canberra. Laura has a keen interest in canine physical therapy, and is currently working on completing her studies to become a certified canine rehabilitation practitioner. This allows her to bring extra skills in the management of post operative recovery and chronic pain conditions such as osteoarthritis.

Laura has a much loved springer spaniel called Pete back in Ireland, who she visits at least once per year (along with her family!) and loves forming bonds with all the animals she meets at work. Outside of work, Laura enjoys getting out into nature and also getting involved in local community groups, especially those celebrating Irish culture and music. 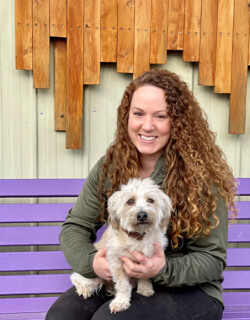 Alexandra graduated from the University of Veterinary Medicine in Vienna Austria in 2013. Shortly after, she moved to Texas to complete an equine internship. Looking for new challenges along with her love of travel, she moved to Australia in 2015 where she continued to work in equine practice. Alexandra joined the Manuka Vet Hospital team to fulfil another new adventure and
loves working with small animals.

Alexandra and her partner share their lives with their loved pets, Leo the cat and Austin the dog. In her free time, you will find Alexandra riding her horse Billy on the bush edges of Canberra with Austin hot on her heels.

Back to Our Staff